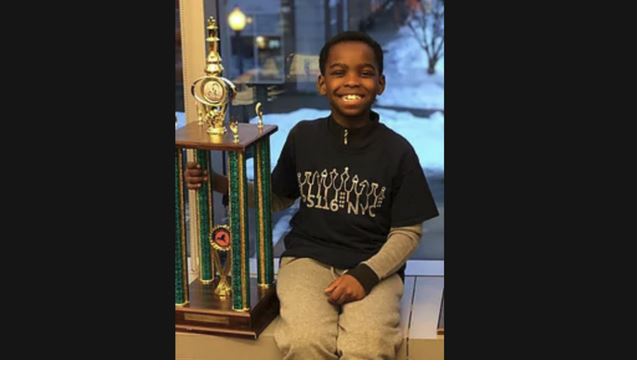 Tanitoluwa Adewumi, who lives in a Manhattan homeless shelter with his family, won the kindergartener through third grade category in New York’s chess championship last weekend with an undefeated performance, according to New York Times columnist Nicholas Kristof.

Tanitoluwa, known as “Tani,” learned to play chess just one year ago, and now tells the Times that he wants to be “the youngest grandmaster.”

The Adewumis, including Tani, his parents and older brother, reportedly arrived in New York after fleeing Nigeria in 2017 due to fear of terror attacks from the group Boko Haram.

Tani learned chess with his classmates at New York’s P.S. 116, and joined the school’s chess club. The club’s organizer waived the fees for Tani because of his family’s financial situation. Though he started out as the lowest-rated member of the club, he quickly improved and is now bringing his school statewide recognition, according to the newspaper.

P.S. 116’s principal, Jane Hsu, told the Times that Tani’s win is “an inspiring example of how life’s challenges do not define a person,” and credited the third-grader’s supportive parents despite being homeless.

The Adewumis have applied for asylum, and are reportedly set for an immigration hearing in August. The hearing will take place just three months after Tani competes at the elementary national chess championship.

He would fit nicely in our Chess Plus Summer Camps.